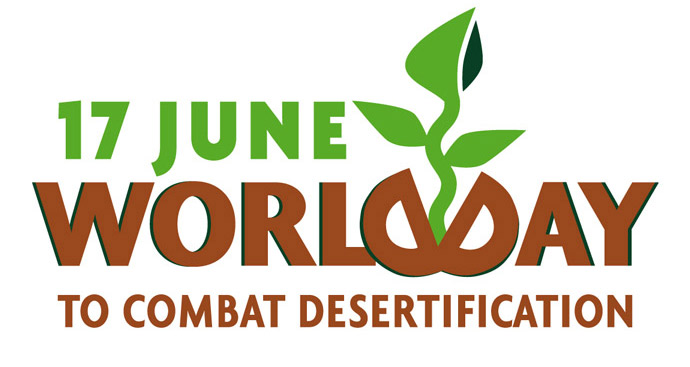 Desertification refers to the persistent degradation of dry land ecosystems by climatic variations and human activities. It occurs on all continents (except Antarctica) and affects the livelihoods of millions of people, including a large proportion of the poor in dryland .
Climatic variations’ and ‘Human activities’ can be regarded as the two main causes of desertification but as the global development community marks World Day to Combat Desertification on June 17, large areas of Sub-Saharan Africa will be gripped by extreme drought, leaving millions of people in need of emergency assistance. This is lamentable, because interventions are available that could significantly increase long term resilience to drought.

A recent report that we wrote estimates that a set of 5-6 interventions could help reduce the impact of drought by about half in Africa’s drylands, keeping on average 5 million people per year out of danger in some of Africa’s poorest zones.
The U.N. Convention to Combat Desertification (UNCCD) defines it as “land degradation in Arid ,semiarid and dry subhumid areas resulting from various factors, including climatic variations and human activities.” Land degradation is in turn defined as the reduction or loss of the biological or economic productivity of dryland
In 2000, drylands, which occupy 41% of Earth’s land area, were home to a third of the human population, or 2 billion people.

Ecosytem services are the benefits obtained by people from ecosystems, for instance crops, forage and wood.
In drylands, water scarcity limits the production of such services provided by ecosystems. Persistent, substantial reduction in the provision of ecosystem services as a result of water scarcity, intensive use of services, and climate change is a much greater threat in drylands than in non-dryland systems. Areas most vulnerable to desertification are the sub-Saharan and Central Asian drylands
Desertification as a result of a long-term failure to balance human demand for ecosystem services and the amount the ecosystem can supply. The pressure is increasing on dryland ecosystems for providing services such as food, forage, fuel, building materials, and water which is needed for humans, livestock, irrigation, and sanitation.

Some of the solution to desertification affecting africa include the use of irrigation, Irrigation can also provide an important buffer against droughts, particularly in the less arid parts of the drylands. Our analysis suggests that irrigation development is technically feasible and financially viable on 5 to 9 million hectares in the drylands.
United Nation says “By 2020, an estimated 60 million people could move from the desertified areas of sub-Saharan Africa towards North Africa and Europe.

By 2025, up to 2.4 billion people across the world may be living in areas subject to periods of intense water scarcity. This may displace as many as 700 million people. People
By 2050, 200 million people worldwide may be permanently displaced environmental

Climatologist counsels against indiscriminate dumping of wastes and its impact on...