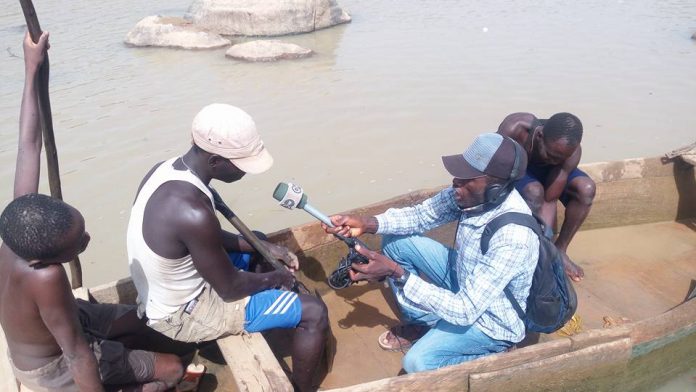 Kaduna (Nigeria)- Local farmers in Kaduna State, Northwest of the country have decried the loss of large hectares of agricultural land annually to desertification and river bank erosion.
Stressing that every year large hecteres of agricultural farm a gone due to flood and other natural disaster.

According to the local farmers in Kaduna,Mohammed Tasiu ishaq and those along Kangimi Dam who were visited during a tour by African climate reporters explained that every year, large hectares of their agricultural land are washed away by river bank erosion and desertification.

“Half of kaduna River is our farmland,and every year many agricultural land are washed away by the river bank erosion,desertification and other ecological challenges”

Mallam Danladi , one of the farmers at Sayin Lemo, along Zaria-Kaduna express way told the team that most of their lands have given way to desertification and river bank erosion, adding that the problem was increasing everyday, making them losing hope in farming. 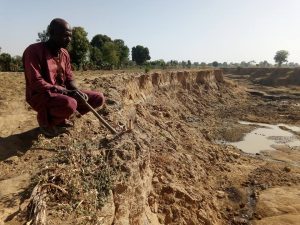 Danladi pointed that the volume and speed of erosion that cover their farmland always wash away half of what they usually planted during the raining season.
“As you can see, half of our farmland has gone already and the problem is getting worse day by day. We don’t have any idea on how to stop this problem and that is why we are calling on all necessary organizations to come to our rescue,” he lamented.
He explained that initially they didn’t know anything like desertification and erosion due to lack of support and advice from experts . “our agricultural land is about going and we don’t know what to do.
“Large hectares of agricultural land in this area is going simply because of desertification, and it keep on expanding thereby making us losing hope in the place of future farming in the area.
“River Bank erosion is perhaps the most common problem facing many streams in today’s waterway systems. Streams are very dynamic ecosystems that move, grow and change naturally or when human activities impact them.”
Another farmer, Sani Musa residing at one of the 6 villages behind Kangimi Dam, Kaduna, also lamented how their farmlands in the area are being threatened as the water that passes always, wash away half of the crops they planted ..
Musa expressed dismay over the increase loss of his farm land due to these problems.
“We don’t know what to plant along the river to stop losing our farmland, as you can see, the seizes annually do expand and to us this is a setback because we are losing agricultural land.“
Most farm owners along the river banks expressed their displeasure with the current situation that they found themselves as their agricultural land is fast diminishing without finding any solution to halt it.
A research carried out by African climate reporters, shows that in Kaduna, 1 out of every 538 farmers lose farmlands, while In Africa, large hectares of agricultural land always affected by erosion, making the owners losing farmlands and crops.
African Climate reporters visited some streams and Rivers in some States of Northern Nigeria to see the impact of these problems on agricultural land and see how the issues could be handled with those farming along the river banks.
States like Kaduna, Kano, Jigawa, Sokoto, Kebbi,and Zamfara ,koji, states, desertification has remained a major problem hence the need to sensitize the local farmers on various methods of Trees planting and other plant to protect their farmlands.
African climate reporters told the local farmers that, River bank erosion occurs both naturally and through human impact, as Rivers and streams were dynamic systems as they are constantly changing.
River bank erosion has social, economic, health, education and sometimes, political impacts including homelessness after compelling people to migrate.
After forced migration, the people would suffer from economic crisis, loss of occupation, and sometimes involvement in criminal activities. 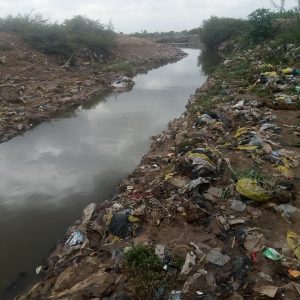 Comrade Nurudden Bello ,the regional Director of African climate reporters urged African farmers to find means of planting more trees in their farmlands so as to protect the lands against all forms of threats.
While calling on more experts in the country to always visit such farmers, Bello stressed the need to sensit 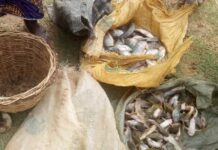