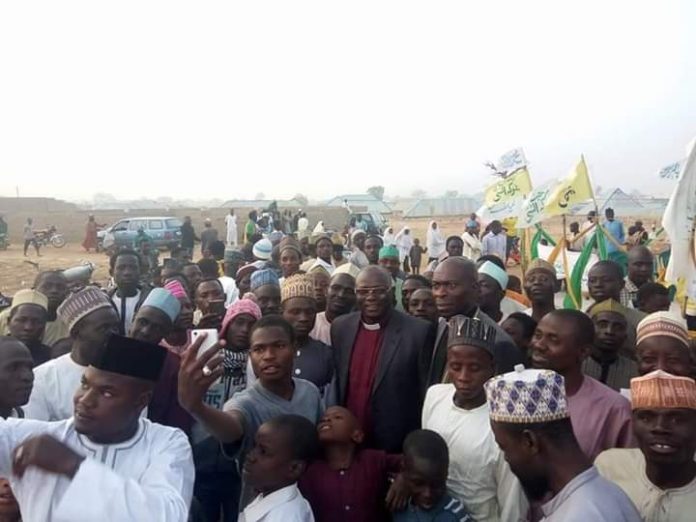 According to him , the aims is to sensitizes more Muslims and Christians youth on the importance of peace and dialogue as the way forward to resolved conflict and other minor crisis bedeviling peace stability in the northern part of Nigeria.

Buru said , interreligious dialogue goes beyond peace for reconciliation, it has a unique message of calling all the aggrieved parties to forgive each other in order to live in peace and harmony with any one irrespective of his tribe,culture,region , language,colour,country ETC. 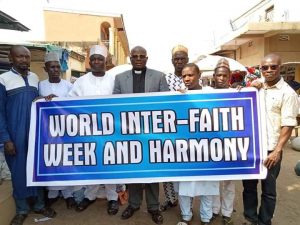 He said, The effort to bridge the gaps in understanding between religions has led to efforts at inter-religious dialogue,

The Christian cleric says , interreligious dialogue help us to be better allies and learn how we can stand in solidarity with each other. Interreligious dialogue in communities and Villages provides us with the skills we need to build coalitions that will be vital in life in general, and in the fight for social justice.

He note that ,the purpose of interreligious dialogue is peace, and to spread the message of tolerance so as to halt all forms of religious crisis that is bringing the region backward .

He further mention that, As far as peaceful coexistence is concerned, and as far as religious tolerance is also important, there is no doubt that the best forum to promote Muslims-Christians relationship, and the right tool to tackle reoccurrence of religious conflict in the country is sound interreligious dialogue.

Rising tensions along religious, regional, ethnic and political fault lines have damaged interreligious relations in Nigeria, which are under even more pressure due to the lack of sustained dialogue and a competition for available resources.

Northeastern Nigeria, in particular, has also witnessed an increase in violence by extremist groups such as Boko Haram, seeking to manipulate religious identity in Nigeria for political ends.

Indeed, These violent acts have threatened social cohesion in this historically diverse and multireligious society and hence the need to sensitizes the public on the importance of Forgiveness and Tolerance

He said, that he is going to continue spreading the interfaith week throughout the month, so that all necessary organization would also participate in commemorating Interfaith week activities

He concluded by saying that every year, he celebrate interfaith week with many muslims clerics ,so as to teach their followers,the importance of interreligious dialoque with the sole purpose of learning how to learn with any one in peace and harmony.

Adding also that ,they used to organized football matches between Muslims and Christians,

Responding mallan musa sani from Malunfashi katsina state, he epressed satisfaction and called on more muslims and chrstians scholars to be involved in all peace mission
He said, we must join hands to raise more awareness on the importance of tolerance ,so as to live in peace