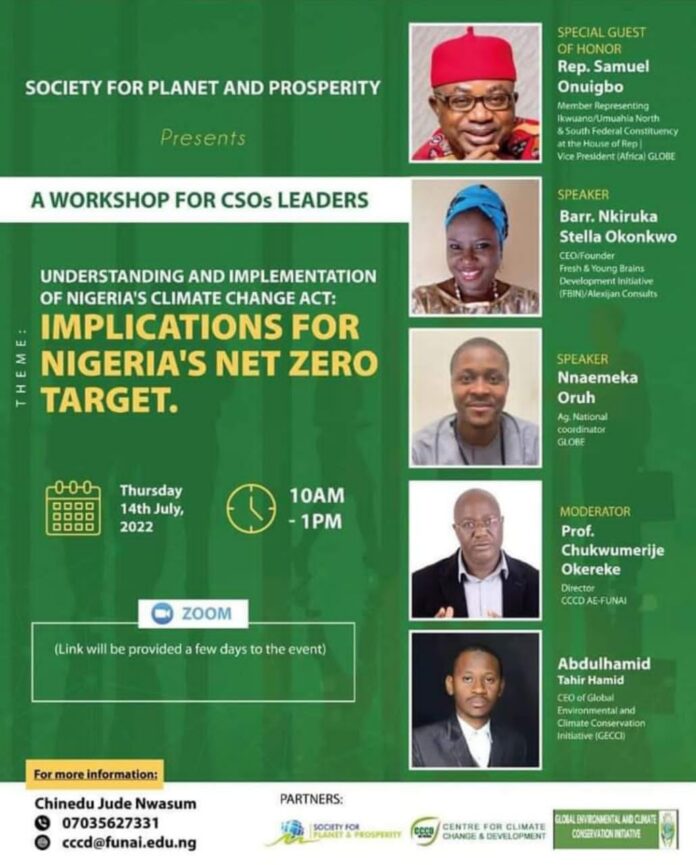 Why are the Nigerian Youths Calling for the Urgent Implementation of the Climate Act?
By Abdulhamid Tahir Hamid, CEO of the Global Environmental and Climate Conservation Initiative (GECCI)

Climate change is one of the defining issues of our age. Nigeria is one of the most vulnerable countries to climate change, and this situation calls for urgent action to reduce the impact of climate change and ensure that the environment continues to benefit present and future generations. President Buhari did a good thing at COP26 when he announced that Nigeria would seek to achieve net zero emissions by 2060. He also did well when he signed the climate change bill into law after COP26. However, since then, nothing has been done to implement the climate change act, even though the government goes about receiving praise from all over the world for doing a great job in establishing a climate change law.

Therefore, the Global Environmental and Climate Conservation Initiative (GECCI) is joining forces with the Society for Planet and Prosperity (SPP) to educate the Nigerian CSOs on the importance of the Nigerian Climate Act and to mobilize CSO leaders to call for the immediate implementation of the Act.

For the past 10 years, GECCI has been actively involved in creating awareness, engaging Nigerian youths in the sensitization and mobilization of the public on the imperatives of positive actions to reverse environmental pollution and global climate change towards achieving a net zero.

Through our community initiative project (which has spread throughout the country in the 36 states of the Federation), we have made significant contributions to creating awareness of climate and environmental change in Nigeria, mostly among the Nigerian youths.

We were hoping that the implementation of the net zero target announced by the President during COP26 in Glasgow and the signing of the Climate Chance Act that followed would help to inspire Nigerian youths, and demonstrate that the government is serious about tackling climate change to protect the earth for future generations.

The Climate Act provides for the establishment of climate coordinators in six regions and 36 states of the country. GECCI believes that this is a good development which will help to ensure the effective mobilization of CSOs, NGOs, and youths across Nigeria’s six regions to achieve the noble goals of the Nigeria Climate Change Act. We believe that this will also help to raise public awareness of the Nigeria Climate Change Act throughout Nigeria, inspiring a global popular movement to bring about this urgent implementation. The next phase we saw was grassroots advocacy, sensitization, and mobilization of people in the rural communities through town hall meetings, dialogues, core theater presentations, and focus group discussions.

At the same time, we were excited that the Climate Change Act wanted to facilitate the involvement of the youth and Nigeria’s Civil Society Organization in the governance of climate change. The Act says that the President will appoint a representative of environment-related civil society organizations (CSO) on the recommendation of the Minister responsible for Environment, and the Director-General of the National Council on Climate Change will serve as Secretary.

It is also expected that the Act will help with the education and training of CBOs, FBOs, NGOs, networks, and groups across the six geopolitical zones on the importance of implementing the Climate Change Act.

Finally, we believe that by working under the Secretariat to the National Council on Climate Change, the government will be able to improve the much-desired synergies in the implementation of climate change in the country through the promotion of common understanding of the issues, coordination, and sharing of ideas among the various ministries and agencies.

The youth are not happy that several months since the net zero target was announced and the climate bill was signed into law, the government has been muted about implementing the law.

We are asking is this another the more you look the less you see? What is going on? Why should a government sign a bill into law and not put in place urgent measures to implement the law? If the law was not considered important, why was it signed into law in the first place? We are wondering who are the ones in the government that do not want the law to be implemented. What are their reasons?
It is said that it is better to be late than never.

Although the government has lots a lot of time, we are calling on the government to implement the climate act without any further delay. Doing so will be good for the country and help to protect our environment and economy from the negative impacts of climate change. 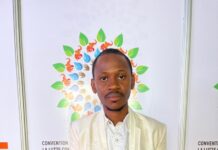