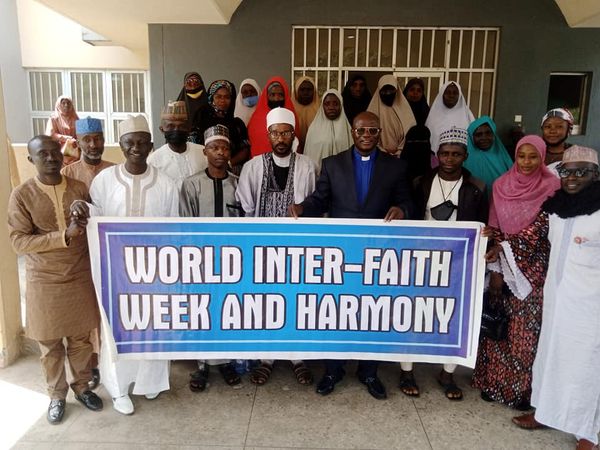 Throughout the 7 days of international interfaith week and harmony ,Traditional title holders, Muslim and Christians leaders ,with other stake holders on peace building and civil society organization have spend a tremendous week of activities in kaduna state and some part of north- western Nigeria with the aims of promoting tolerance ,peace, harmony, Friendship ,forgiveness through organizing Town -hall -meeting, series of campaign at market ,train station, Bus station ,schools and communities. 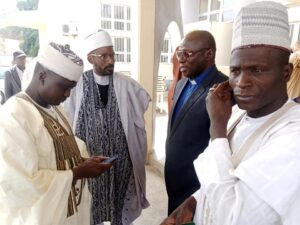 Through these series of one week activities ,thousands of community childrens,youth and women were been sensitizes on various ways of embracing dialoque, better understanding, searching for lasting solutions for muslims and Christians with other traditional believers to live in peace and harmony.

According to the organizer of all the events in kaduna and some part of north western Nigeria, pastor yohanna buru, the general over seer of christ evangelical and life intervention ministry sabon tasha, he said, They have assemble many faith -base leaders including traditionist and other religious believers ,to make used of the week through creating massive awareness,sensitization to the general public on the importance of living in peace with one another irrespective of his tribe ,cultural and ,religion background , region, or continent ETC

Traditional title holders, youth and women organization including persons with disability from different part of the country attended some of the event which is geared toward uniting Nigerians on the need to shun all forms of ethno-religions ,political problems affecting peace development in the country.

This year interfaithweek comes amids of increasing insecurity challenges which include banditry ,kidnapping, Terrorism and the activities of extremist causing many set back toward bringing an end to the daily attacks and killings of travelers across the 19 northern states of Nigeria

During Visit to some communities schools, reading and writing competation,including quiz and debate among students were organize,so as to encourage students to be more committed toward reading their books,while discouraging them against drugs abuse,Ganstarism, cultist ETC.

The Christian cleric says, “ we really enjoyed the whole week simply because we have succeeded in delivering all the line- up activities for the interfaith week ,which include taking the campaign to many communities and ghettos throughout the 7 days of our daily commitment and activities which is geared toward promoting peace building and training other volunteer youth and women in the communities to be peace Ambassadors”: 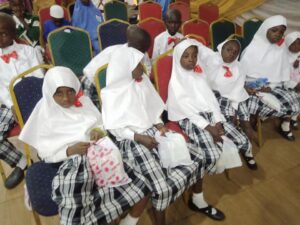 According to him, the 7 days daily event in kaduna enable them to attract the attention of the poor and the rice once to participate in, get to know more about other faiths and meet like-minded community people who have a vested interest in peace, harmony and building trust between our communities, locally and nationally with light refreshment.

Stressing that , “In each and every week of the month, the church has always been engaged with series of activities which is geared toward unity muslims and Christians on the need to be their brothers keepers and end vengeance attacks ,so as to halt burning -down of holy places 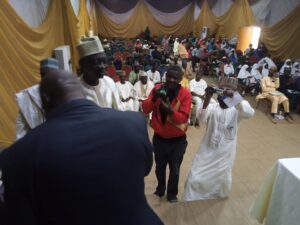 “Kaduna state is divided into Two regions, The north for the muslims and the south is for the Christians, due to ethno-religious and political attacks that separate both muslims and Christians apart”

In his own message ,a traditional title holder from Kurmin -mashi kaduna state Nigeria , Sarkin Rabo Abdullahi, said, They have sensitizes thousands of their residents in the communities about the week

Adding that ,he uses his palace to educate his people about the importance of forgiveness ,Tolerance and unity 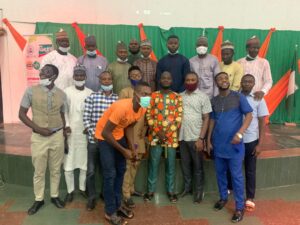