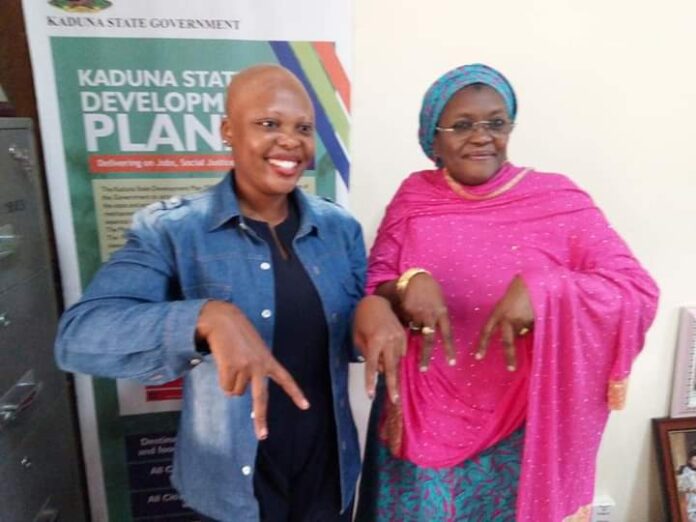 Jasmine Tolulope also known as (Jasmine Ogunbodede } is a young Nigerian lady who chose to show courage in the face of stigmatization which thousands of Nigerians face due to alopecia Disease. Alopecia is an auto-immune condition which results in unpredictable loss of hair in its victims.

It means that Alopecia is a condition which leads to partial or total loss of hair and it can occur at any point in time in the life of the victim irrespective of the victim’s age. At times, it can lead to complete loss of hair on the scalp –it called Alopecia totalis and in some cases, the loss of hair occurs throughout the entire body -meaning all the eyelashes, hair in the armpit, hair on the hands, legs and chest would fall off.

Alopecia Totalis is a severe hair loss condition and has been teased severally because of her condition.
This condition is called alopecia universalis That is the worst-case scenario and that was the condition that young Miss Jasmine Tolulope Oguns finds herself in. There are over 100,000 persons living with Alopecia in Nigeria and there are looked upon with suspicious, disdain and rejection. 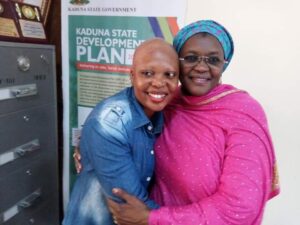 Some are seem as afflicted with demons while others are seen as possessed with evil spirits. Most of the victims becomes withdrawn and at times contemplates or committee suicide.

Such ladies face challenges when ever it comes to issues related to marriage because Majority of patients hardly got a husband to marry due lack of hair while some sees them as cult members ETC.

In African women, alopecia has been associated with hair-care practices. ]Unfortunately, loss of scalp hair can cause psychological distress affecting quality of life.

Jasmine during an interview Journalist says “people likes calling me with different names, some say I am a witch that why I am bald and I’ll go and cry, when am done with crying, I’ll continue with my life, that’s why I like wearing my wig out so that people won’t look at me in a funny way”.

Infact ,even during the interview with journalists,she is still wearing her wig to make them stay focused on issues that brought them to her Office in kaduna state north –western Nigeria. 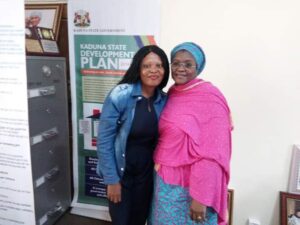 MY HAIR CAMES OFF 13 YEARS AGO ;Jasmine told me how she got to know that she was afflicted with the condition.’ Anytime, I braid(plait) my hair, I noticed that a patch would go off, but I thought it would grow back, however the hair did not grow back’. It got to a stage that she had to shave her hair off totally hoping that it r would regenerate but it did not.

She was taken for spiritual counseling by her mother who thought that Jasmine was under spiritual attack. When prayers did not suffice, she was taken to the hospital. At the hospital, she was told that it was a condition called alopecia and that her hair may and may not grow again.

Her dermatologist placed her under medication which cost over N18000.00 in a month and the treatment took her nine months yet nothing came out of it, Perhaps, pushed the stigma, jeers and taunts she Was subjected to, Jasmine consulted a new dermatologist who promised her that her hair would grow back in no time. 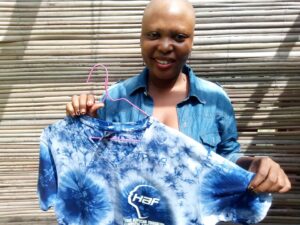 After a few weeks of taking the medication, Jasmine told me that she started going insane ..Forgetting names of friends ,dates of birthday of loved ones and started having fits of tantrums and getting violent too .So at some point ,she had to stop using the medication.

“People even call me witch because of my loss of hair, when I am going to avoid people looking at me somehow, I wear wig but the wig is somehow heavy on my head so when I get to my home I remove the wig”

REJECTION, DEJECTION AND SUICIDE CAME CALLING; In Nigeria it would amount to sacrilege for a woman or a young girl to go outside her house with her scalp totally devoid of her. she would be openly ridiculed, despised and she may lose her friends. And all these was Jasmine ‘s lot .

In the higher Institution, many students would come from other departments to see the lady with the bald hair, taunt and mock her. And it got to the point where she had to stop going out for any social meeting .She became a recluse.

Jasmine recalled that during her National Youth service in Kano, she met a young man and felled in love and planned on getting married after their service year. Three months to the traditional marriage, the mother of the bride to came to her house and told her mother that her son was no longer interested in getting married to someone with alopecia.
The world came crashing for her on that day and it was in that state that Jasmine thought of ending her predicament.

She calmly walked in to the kitchen when no one was watching her, grabbed a naked water heater which was plugged and whoosh…. she was.

Today, Jasmine is alive, strong and waxing stronger. She has a foundation that raises awareness and counsels people living with Alopecia in Africa and Nigeria. 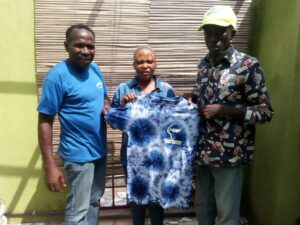 The meeting which was facilitated by Ibrahima Yakubu of DWT/Radio , was extremely emotional as Miss Jasmine recounted her ordeals since she was diagnosed of called alopecia thirteen years ago.

She told the Hon Commissioner how she attempted suicides severally ,how she was ridiculed at school and looked up on as someone with a strange ailment just because she lost her hairs .She recalled how her wedding was called off just three days before the event because the mother of her fiance objected to her son marrying a woman without hair .

In an emotion laden speech , Hon Hafsat confessed that she has never heard about alopecia till she met Jasmine .

She then promised to liase with with the Ministry of Health and the wife of the Governor of Kaduna State to see how the can work in tandem with Jasmine to enlighten the populace about alopecia .

She also promised that her ministry will assist the Heroic Alopecian Foundation financially and otherwise.

As of the time of filling this report , Hon Hafsat has gone to the Government House Kaduna to intimate the Governor of Jasmine and her Foundation .

Treatments can actually help for Alopecia but this condition can’t be cured. It usually occurs when the immune system attacks the hair follicles that may be brought on by severe stress

The African hair is naturally curly and the desire for a straight hair has resulted in the use of chemical treatments and different grooming practices with adverse effects on hair growth and density.

Treatment of scarring alopecia has posed a challenge to physicians, especially in resource-poor settings. It ranges from the use of wigs, topical medications, and laser therapy to hair transplantation.

In a researched by African Climate reporters ,it revealed that many young ladies across African are finding it extremely difficult to get husband due to the disease, while has came up with new ways of moving and even interacting with the public as a result of wearing wig and other arfificial hair ,in order to avert harrastment and all forms of stigma and intimidation.

Human Right Organization,state and federal Government has joined Jasmin Toward raising more voices and awareness about Alopecia and the need for parents to be fully aquinted with the disease,so as to save their childrens and other love once 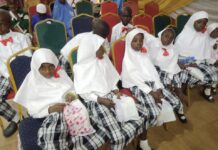 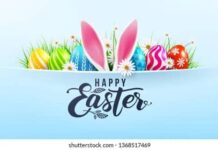 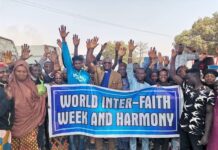