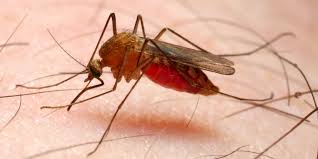 As the hot season set in, Nigerian medical Doctors and climatologist and environmental expert across the country  has embarked on sensitizing the public on  heat related diseases ,and advising the general public on various ways  to prevent them serves against all form of diseases related to Malaria fever, Cholera, meningitis, chickenpox, ETC during the season.

The medical Doctor of Kagoro Shehaan Medical clinic ,Dr Abubakar Usman yalwa make the called  during an interview with Kaduna journalist as the hot season commences.

He says ,During a season like this , we usually received many report of an outbreak  of diseases and  disaster, because almost all the diseases  round the world like hot season, because it enabled them to spread with in a short period o time.

He said this is the season where diseases do usually multiply in large number  in every minute due to the nature of the season , hence the need to rise up and fight them together.

Abubakar pointed out that ,fear of outbreak of deadly diseases associated with heat related illness most especially on hot season like this, makes Nigerian doctors climatologist and environmental expert to equally begins Campaign ,and raises awareness to the general public against diseases that usually claimed lives of many Nigerians on a season like this .

“Hot season is the best season for  most diseases like malaria fever,chicken pox and miningetis ,and it is the season where other notorious flys  are disturbing human lives and his plant,and this is the season were many hidden sickness do usually emerges as a result of the heat temperature”.

According to him,there is the need by all stake holders to team up and support the government in the daily fight against all forms of heat related diseases associated with hot season,in other to save children.

Also in his own comment, a medical and environmental expert from school of health science Makarfi kaduna state ,comrade  nuruddeen bello,says As climate change continues to have a negative impact on African,so as also  the region make likely have high-risk transmission of malaria and other emergencies diseases which make affect human and his environment including the aquatic animals.

He said, The devastating effects of climate change are already here with us in Nigeria.

According to him , Nigerian should used the following  in reducing  the hot temperature  through the following, as  setting up fans in living areas and bedrooms. check that air-conditioning units work efficiently. Ensure they’re not still on heat mode after winter and that the thermostat has been reset. Also, make sure that the cool function is clearly marked on the remote control.

He concluded by drawing the attention of parents to make show that their children are sleeping in mosquito net, while calling on pupils to always open their windows for fresh air.

Meanwhile African climate reporters has released a press statement urging Nigerians and African countries to educate Rural dwellers on the importance of cleaning the environment, while urging citizens to be drinking plenty water during the hot season.

The organization then appealed to parents ,guardians, schools teachers to always reduce large number of students (decongestion) in a room or class, in other to avert the outbreak of infectious diseases during the season.

While calling on religious leaders ,Temples masters to be educating their followers on the importance of keeping the environment clean, because according to the organization “cleanliness is next to Godliness”.