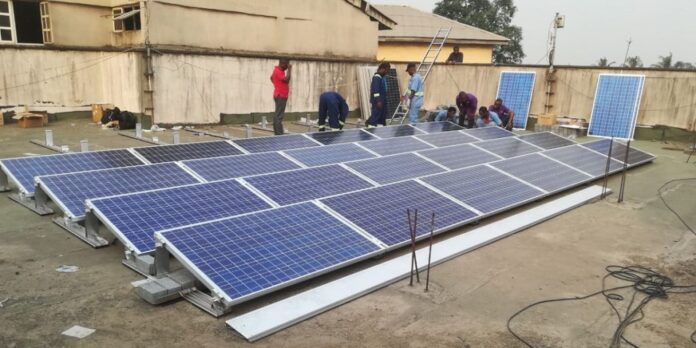 As the world mark international solar Appreciation day 12th march 2021, stake holders on renewable energies in kaduna state north western Nigeria stressed the need to sensitize the general public on the importance of using alternative energy to reduce over dependent of electricity and generators to halt polluting the environment.

In a statement by the director African climate reporters ,comrade nurudden Bello,who is also a science –climatologist pointed that solar energy is environmentally friendly.This is because the energy produced by the system is very clean. Besides, when compared with the economic indices of other power generating systems of similar capacity averaged over the lifetime of such systems, the economic parameters of the solar energy system is superior per unit of power produced.

According to him,large number of Nigerians now uses solar a home,shops,schools,football view center,including rural dwellers ,Solar energy is both environmentally and economically important to every nation. Hence it plays a key role in cost effectiveness of any nation’s economy. 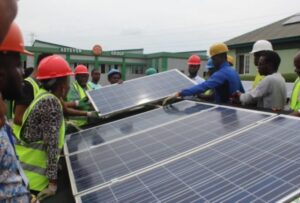 Many women uses solar in cooking which include boiling of water,Baking ,cakes,bread and cooking other foodstuff.

The scientist says, Solar energy is a clean source of renewable energy. Renewable energy is great because it is a resource that you can use over and over. We cannot deplete the sun’s energy like we can deplete minerals used for traditional electricity. Another bonus is that any electricity produced with solar panels does not produce any harmful greenhouse gas emissions.

He note that Renewable energy is considered a viable solution to the energy challenges of Nigeria, especially in view of the need for access by the populace in the rural areas of the country. Despite the challenges of power shortages and sometimes complete unavailability of same, micro-enterprises have still survived. Hence, the use of solar energy would encourage the growth and development of the micro-enterprises in the country.

“The solar has contribute in reducing the used of charcoal,Timber bussines and used of firewoods in cooking”

Solar energy helps to create enhanced direct and indirect employment opportunities. Adding that Solar energy assists in conserving the nation’s foreign exchange. This is because some of the earnings from export which would otherwise have been spent on importation of various spare parts of power generators would then be saved.

Renewable energy is considered a viable solution to the energy challenges of Nigeria, especially in view of the need for access by the populace in the rural areas of the country.
Moreover, the money so saved can be deployed to other sectors like health and education that require attention
.
solar panels and other devices capture the energy in sunlight and convert it to electricity produce solar power.Solar power does not pollute air or water. It replaces electricity generated from facilities powered by coal, natural gas and other non-renewable fuels, eliminating threats to public health such as carbon monoxide, particulate, and toxic chemical emissions from those facilities

celebrating solar day also means celebrating the sun! In addition to the obvious benefits such as heat, light, plant growth and vitamin D, the sun also releases the chemical serotonin (the chemical that makes us happy). Many people attribute the dreaded ‘winter blues’ to the lack of sunlight during this period, and for good reason. Here’s to more solar power, and more sunlight! 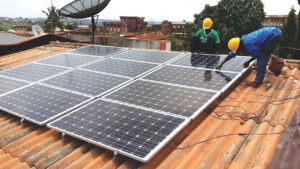 similarly ,A non-government organization, Developmental Association for Renewable Energies (DARE), has introduced the first Solar-Bubble-Dryer for Nigerian farmers with the aim of reducing the huge loss of farm produce they usually encountered.
As was published in VON, the NGO’s director, Engineer Yahaya Ahmed, told journalists at the center that the reason for introducing this machine is to help the farmers to reduce the loss of food crops and other cash crops they usually produce.

According to him, the Solar Bubble Dryer (SBD) is the latest low-cost drying technology developed, which can help rural and urban farmers tackle the problems of post-harvest and loss in Nigeria.

He said, the machine will be useful for drying tomato, mango, apple, and all crops, and the taste would remain as it is like fresh farm crops.
He added also that, the SBD is mobile and completely independent from fuel or the power grid and, therefore, has very low operating cost.
He note that the equipment can last for over 20 years, if properly used and maintained in a good manner.

Yahaya also pointed that the model comes in different sizes, with current models having 0.5 and 1t batch capacity, which can help local farmers generate money and save them from annually loss and damages of their farm crops. 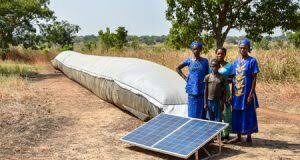 He said “It can be used for drying grains and crops and other farm produce. It is the cheapest and the best way to preserve all farm products in Nigeria,” and appealed to all Nigerian farmers to embrace the initiative. 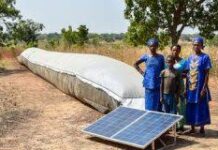 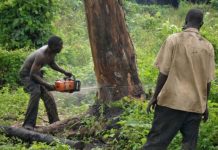