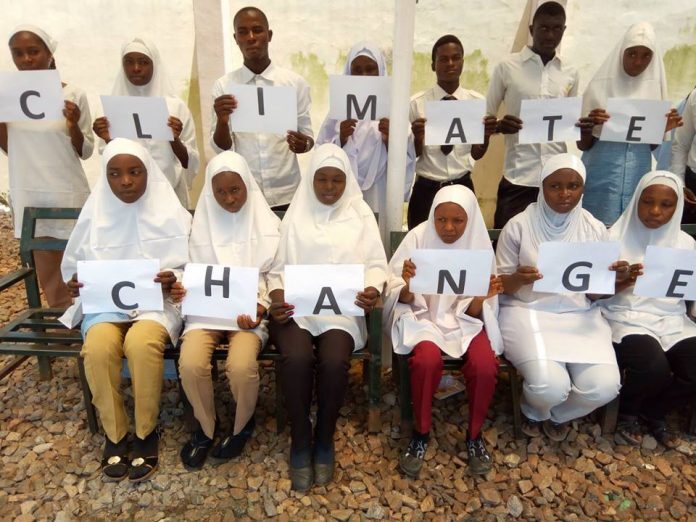 Students of health science and technology in kaduna state north western Nigeria has joined the rest of the world in the fight against Climate change ,deforestation, desertification , erosion and other ecological challenges affecting the environment

Stressing that hundreds of schoolchildren across 36 states of Nigeria has joined the movement with the aims of changing the narratives through educating community and ghetto childrens on the importance of planting trees,and clearing the dirt at home and the environment Etc

According to the school director Mallan nurudden Bello, the aims and objective of joining the rest of the world in the fight against global warming is toward reducing the among of C20 in the atmosphere that is capable of polluting the atmosphere.

In an interview with the journalist ,he said Nigeria is the biggest importer of fossil fuel-powered generators in Africa, and therefore one of the biggest emitters of greenhouse gases. 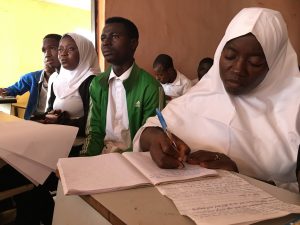 ” small and big Generators used for electricity at home and offices contribute in polluting the environment with dangerous airs, while disturbing the atmosphere with noise”

Taking the campaign to local communities would help toward educating and enlighten students on dangers associated with climate change,and how is affect health sectors,Economy,environment and every aspect of human life.

We want to educate children in both rural and urban center about climate change, while calling on Government to make geography study to be mandatory from primary to secondary school.

He said, there is need to sensitize the general public on dangers associated with Climate change and the harmful effect of continuous cutting down of forest trees and charcoal business

We need more alternative fuel vehicles, We need clean sources of energy and We need to offer incentives to people to make the changes that need to be made.

He said ,every year The NGO has been training and training press and other writters about science-reporting and climate change with the aims of educating Nigerian journalist about global warming

The director added they .they also organize conference for journalist about Noble corona Virus and other tropical diseases

Effects of Meat Consumption on Climate Change in Nigeria,What needs...