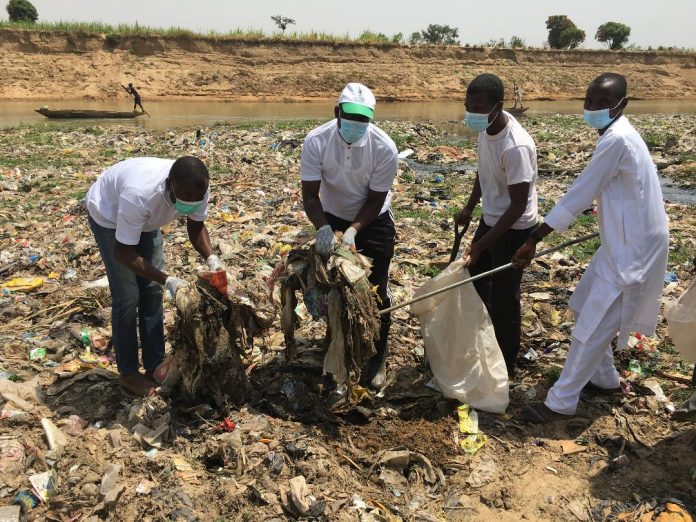 A volunteer environmentalist and climate groups has embarks on “operation cleaning-up Kaduna’s River to save aquatics from plastic and other garbage trash ” due to human irrational activities of dumping all sort of waste and other hazardous chemical into the streams and River.

According to the team leader of the operation that lead in the cleaning-up exercise along Kaduna River banks this morning, comrade Mohammed zakari, who is the Director African climate reporters says, they are here to save lives of aquatics and other endangered species from extinction due to human attitudes of dumping all sort of trash, hazardous chemical and other poisonous waste into the River that is causing a serious threat to the existence of all aquatics animals and human being.

Every year the groups usually team-up and clean the river to save marine animals from all forms of threat that is related to waste pollution. 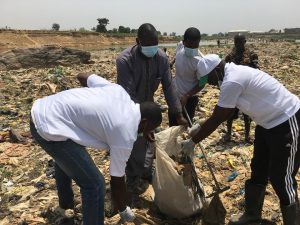 He says, they came to Kaduna River with Rake, basket, shovel and other useful materials, so as to reduce the large quantity of plastic trash, and other forms of garbage that was thrown into the river from the community that causes series of problems to the aquatics lives.

Unfortunately, rivers, canals and other waters have been and are being misused worldwide for the disposal of all types of waste, especially plastic waste. Due to a lack of disposal systems, it has long been the only way for many people to get rid of their rubbish. This accumulates in the rivers, clogs driveways and bridges and finally enters the sea.

Mohammed says, this is the fifth times ,they are organizing an activities like this which is toward cleaning-up the entire surrounding of the river banks ,and some pond, in other to immensely protect lives of animals in the water , and also to protect human from water-borne-disease. 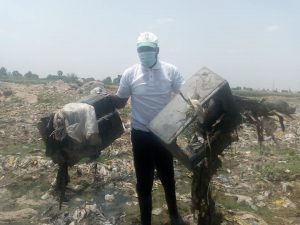 he says, “when they gathered the trashed and burned it, they turned it to be manure,which they usually give it to local dry season farmers.”

There are currently 5 trillion pieces of plastic waste in the world’s oceans, according to The Ocean Cleanup, a project dedicated to ridding the ocean of waste.

More than 800 species of marine animals are affected by plastics, and the entire marine ecosystem is now contaminated 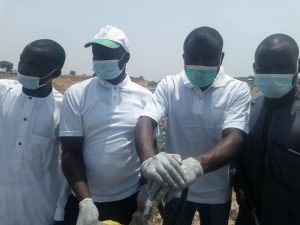 Stressing also that there is the need to find new ways of Rethinking the way you use, reuse and discard plastic will make a seismic difference in the amount of plastic that ends up in the oceans

“we also need more volunteers across the world to be packing and collecting trash and other gabage from the world’s beaches and streams,so as to save our river,pond and other places of collecting for both domestic and industrious uses”

“we need more support and training from Internatinal coastal clean-up,in order to save more marine animals from going extinction due to dumping of all kind of trash into the gutter,that usually ended-up at the Rivers”
Commenting also Alhaji ibrahim salihu, the chef executive director of Teku kaduna international farm, during an interview with the journalists that joined them at kaduna’s Rivers bank for the operation.
He mention that in Every minute, one garbage truck of plastic is dumped into our oceans and that is a threat to the existence of animals that live in water and also to human lives.
Adding also that most River fish humans consume, including cat fish , Tilafia, and other species along the river , have at one time or another, ingested plastic microfibers.. 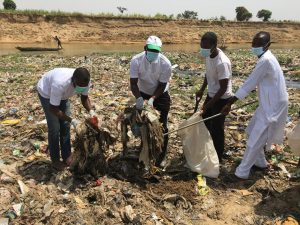 “People dump all sort of trash into the river or oceans without knowing the consequences to water animals and to even human being”.
“Water-borne-diseases is a big problems to the existence of human being which need to be tackle through educating the public on the dangers of throwing garbage and other sort of trash into the river”
Also responding, mallam dauda Ismail, the chairman youth action and awareness forum kurmin kaduna,
He says, they came to join the other team that came to the riverbank, so as to give them solidarity in other to clean-up the River.
Dauda says, every first annual rain fall, millions of aquatics animals do usually died as a result of dangerous chemical that came to the river from the community.
He says, “Millions of water animals do usually died due to dangerous chemical that came into the fresh water from the community”
The team of the volunteer environmentalists, climate expert then called on NGOs and CSO, state and federal government,
traditional title holders to sensitize the public on the dangers of throwing trash into gutter and other forms of water-ways.so as to save lives of water animals and the public from drinking contaminated water. 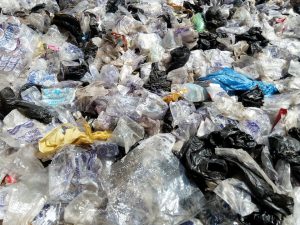 While calling on UNICEF, WHO and ministry of health and environment to equally support the fight against dumping of trash from Communities to Kaduna Rivers. 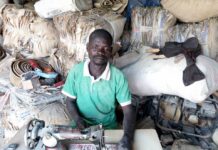 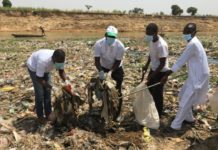 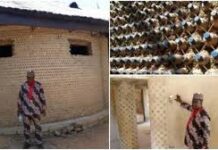 This is what you need to know about World environmental day