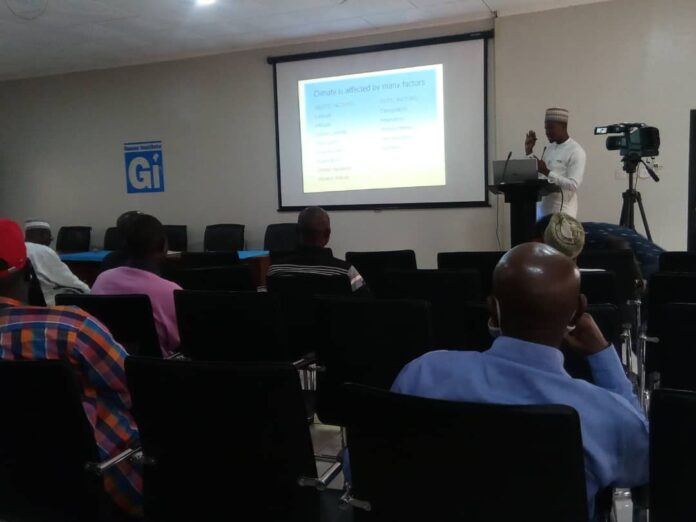 Journalists from various media houses across the 36 of Nigeria including foreign outlet attended the fifth science conference in kaduna state north-western Nigeria , which is aimed at enhancing their capacity on issues related to climate change,desertification,deforestation, side effect of extracting natural resources ,waste management, extinction of many insects/animals ,soil erosion and side effect of environmental pollution.

Adding that the training was to Equipped journalists, photojournalists ,broadcasters,editors,Book publishers,bloggers, and citizen reporters with the specialized knowledge and scientific skills necessary to monitor and to communicate on climate change in their community, country and/or region;

Also to enhance participants at the event and media monitoring and reporting on the global interconnected issues related to climate change and other tropical diseases that is affecting human,animals and all the living organism in the environment.

The Director, African Climate Reporters who is also a science-climatologist Mr Nurudeen Bello , expressed satisfaction over the large number of journalists that attended the science and climate change conference. 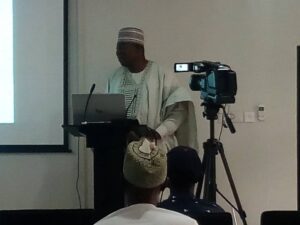 He appreciated the level of responses from journalists through their questions to scientist adding, “We hope we’ll keep the tempo so that journalists can be imbued with science especially when it comes to climate change and environmental degradation ”.

According to him, this is not the first or the second times, they are organizing science conference which focus on teaching west African journalists and other book publishers across the region on the importance of environmental reporting in order to reduce health and environmental pollution that is killing human,animals and living organizing in the environment.

He said , they gathered Nigerian journalists so as to Enhance and practice their journalism and photojournalism skills to track and report on climate change and sustainable development issues from different perspectives;

‘that they want Nigerian journalists to join the networks of climate change trackers/reporters in the world,to enabled them expand their creative skill of writing on environment and other issues related to ecology”

Stressing also on Engage in debates and raise awareness on the issues of sustainable development that will affect their generation in a positive ways,and to raise public awareness of the adverse impacts of climate change and the attendant efforts at adaptation and mitigation.

The director of the Non-governmental organization (African climate reporters) said ,his NGOs has since from inception trained over 500 journalists in African countries,and the number keep increasing.

He ended by saying every years, the organization used to trained journalists on science reports and other tropical diseases

Additionally ,An environmental expert and Senior lecturer in the Department of Microbiology, Kaduna State University (KASU), Ja’afar Isah Abdullahi has advocated stoppage of production of plastics to save environment from further hash avoidable disaster like floods.

Abdullahi said the country could come up with the idea of recycling of the existing plastics which could be used and last for hundreds of years and at the same time, generate employment for young persons and improved internally generated revenue for the government.

In a paper titled, “Effects of climate change in the distribution of diseases” during a one-day training for Kaduna journalists on science reporting organised by Climate Change Reporters in collaboration with Motherhood Foundation and Gusau Institute, the lecturer noted that, climate change is bringing about new diseases, causing dangerous organisms to spread to new places.

“Let the world stop production of new plastics while we recycle the ones we already have in place. Apart from saving lives, it will be an avenue to create jobs for unemployed youths and in turn, it will keep them busy thereby reducing social vices”, he said.

According to Abdullahi, plastic end products such as water bottle, water sachet, polythene etc which end up in drainages were partly responsible for floods and diseases across the country.

He also said, “first, we must admit that climate change is everyone’s problem. No agency, government or scientist can fix it for us and that is where the media come in. We are all in this together. Our lifestyle towards the environment must change”.

Earlier in a remark, Chairman, Correspondent Chapel of the Nigeria Union of Journalists (NUJ), Kaduna, Halilu Asma’u Yawo thanked the organisers for the training.

“We are grateful for the opportunity given to our members to update their knowledge with regards to science reporting which has its technical way of reporting for both the scientific and none scientific members of the society.

In his own remark, Alhaji ibrahim gidado (sarkin yamman potiskum) says, the training is very importance for the journalists in view of the increasing challenges been face in the community by Climate change,environmental degradation etc

He emphasised that training journalists will be of great importance

Sarkin yamman postikum says , they are planning host the conference nest year in the north eastern Nigeria so as to take some journalists for a tour to see for themserves the side effect of erosions

It is very vital Telling the story ; photojournalism and news writing,also to educate them on anthropogenic and Green House Effect

Persons with disability in Nigeria are the worse hit t by...