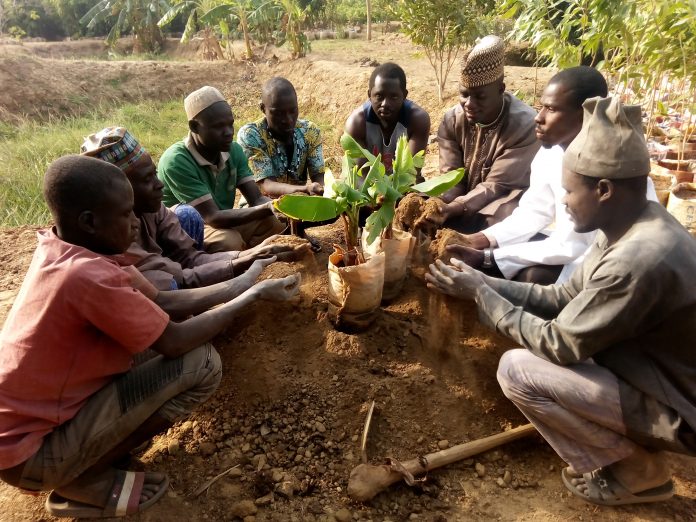 In an effort to mitigate the impact of climate change, Teku Farm in Kaduna state, has embarked on planting of new tree species that are resistance to hot weather, especially in desert prone areas.
Ibrahim Salisu, the Managing Director of the farm while speaking to newsmen during one of the tree planting exercises.

He said that deforestation, desertification and other environmental degradation due to cutting down of forest trees for domestic use was posing serious harm to human, animals and the society.

Salisu noted that the increased extraction of natural resources and use of timber trees for industrial construction across all the 19 northern states without planting new ones was seriously affecting that part of the country.\

According to him, the aim of the exercise is to plant more trees that are resistant to hot weather and temperature in the desert for the purpose of having more forest to reduce desertification in the region.
He said Teku farm had introduced a new way of planting trees on desert land and hills with the aim of increasing trees to reduce global warming and environmental challenges affecting human, animals and plants.
Sailsu explained that as trees grow, they help to minimise adverse effect of climate change by removing carbon dioxide from the air, storing carbon in the trees and soil, while releasing oxygen into the atmosphere.
Trees cool the air, land and water with shade and moisture, which reduce the heat-island effect of urban communities, the temperature in urban areas is often nine degrees warmer than in areas with heavy tree cover.
Growing more plants reduces the heat in cities across the country and these can help toward reducing climate change and global warming that is affecting every aspect of human life, he added.
The trees are ‘Dogon Yaro’, ‘Darbejiya’, ‘Dinya’ and ‘Madaci’ in Hausa.
Meanwhile ,the Director African Climate reporters comrade Nurudeen bello,stressed the importance of planting more trees in order to combat desertification and reduce global warming.
Nurudeen bello who is a science –climatologist expressed worries over increase demand of firewood and charcoal business in the region
He called on state and federal government to enforce forest law ,so as to halt cutting down of forest
While calling on hunters to equally halt setting the bush on fire ,