ibrahima yakubu
For the first in kaduna-north western Nigeria a Traditional title holder turns his palace into clinic to reduce maternal mortality in his community, and also to reduce the number of pregnant women that are suffering in terms of accessing medical facility from the village to the major town.

The name of the community is called Kangimi Ubangida ,which is located in igabi local Government kaduna state ,and its surrounded with six different villages on your way to Jos from kaduna.

This village has been in existence for about 180-200 years and the population of the residents here is over one million people according to local statistic ,

Residents in the community are predominantly Hausa and Fulani by tribe and they have been living in peace and harmony for decade of years.

Majority of them are farmers, cattle rearers and petty traders, while most of the women remain as house wives due to lack of skilled acquisition to empowered them,

Indeed ,Lack of primary health care or any medical centre in the entire Six communities force the head of the villages to turn his palace into Clinic ,in which most of the rural dwellers mostly women,childrens and elderly person do usually comes for treatment twice in a week.

Alhaji Abdullahi Ubangida is the head of the community”kangimi-ubangida” ,he told journalist that visited the community that due to lack of hospital in the community, pregnant women spend about 17 -20 kilometers from the village to kawo general hospital in“Kawo community” for their anti-natal and to meet with specialist on counseling about child-birth spacing, and other diagnosis that is really vital.

Investigation reveals that Some pregnants women prepared going to Maraban-jos which is about 10 -12 kilometer from their community, but some of them prepare going to kaduna hospital despite the large distance from their home to the city.

Lack of hospital is the greatest challenges all residents in the communities are facing, as they have to travel very far away distance before assessing any medical check up or Anti-natal services.

Abdullahi says,”we don’t have any hospital in the community, and as a result of this problems most of our sick one has to travel far away in the search of medical attention”

“it is in view of the problem and as the head of the community, I decided to meet with health workers in town ,and I begged them to be coming to my community, so as to help my people in which I donated a place were they will be sitting and treating patient with drugs and other medical advices”

Abdullahi further say,” it was my palace that I donate which turns to be a place where patients come for medical treatment,”

“The patients in large number usually do comes here Twice in a week ,Tuesday and Friday for their medical treatment and advices , and this is as a result of lack of hospital or any PHC in the community,adding that some still prepare going far away for their treatment but the poor that are in my community,this is where they come for treatment”

He says, the fact is that every Monday, I used my car to travels to town and bring the Drugs which I do keep it in my palace before using it for Tuesday morning, we really lack store room and other places keep equipment due to lack of electricity in the community.

She says most of the women residing in the village likes family planning ,but there is no one or an organization that has ever volunteer him self to come and sensitize them about health matters or any preventive measure against infections or diseases.

Pointing out clearly that, some women still prepare given birth at home in other to avert all sort of suffering due to lack of PHC in the community.

She the appealed the All Non –governmental organization NGOs ,and civil society organization CSOs, UNICEF,W.H.O and kaduna state Government to comes to their rescue, so as to save more women from issues related to maternal maternity and infant death 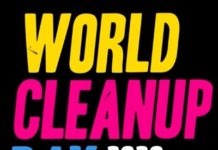 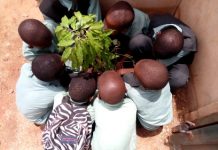 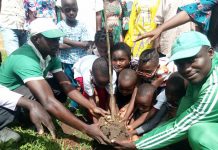