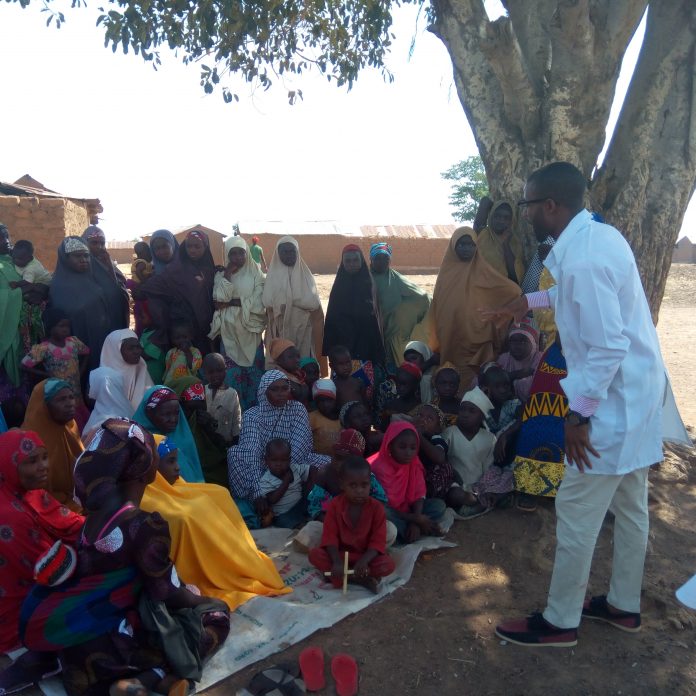 As a follow-up to a report by a team of Developmental journalists’ who visited Kabobo village, 27kilometers to Kaduna town in Igabi Local Government Area of Kaduna state, a Non- Governmental Organization under the auspices of WOMENHOOD FOUNDATION has shown its concern on the predicaments of a community that has existed for over 200years.

Worried by the non- presence of PHC services within and around the adjoining villages, it took a bold step by offering two of their girls scholarship to sturdy at ‘Women hood School of Health Sciences’ run by the foundation.

Chairperson and Founder of the Foundation, Maryam Abubakar, who announced the free study scholarship while in the community for sensitization and enlightenment visit, said most women on the community Complaints of bleeding during childbirth, Pevic Inflammatory Diseases which is toilet infection, Family Planning, FP, and Hypertension, respectively, during the one day sensitization to the village about 20 kilometers from kaduna main town.

Mrs. Abubakar, in an interview, said the 40,500 training cost of the one year and 6 months birth attendant course, would be done in her health institution free of charge as part of foundations’ contribution to the community of over 2,000 population.

The chairperson also informed that even though the community has so many pregnant women and small children, it was without a form of primary health care Center, Chemist or Mobil drugs sellers to support antenatal services, hence the need to sensitize it on important of antenatal.

According to her, the training would enable the beneficially to help women in the community and their siblings in areas of child birth, adding that their women are also interested in family planning but had no access to it.

While many of the girls child interacted, of aged between 11,12 and 13 in the community admitted waiting for their turn to marry, a woman below 30 years revealed that she has already given birth to 9 children.

Speaking, the Village Head of the community Adamu Isa Kabobo greatly appreciated the visitors for bringing good things to the community especially the scholarship.

“I thank you all for the visit because it’s the first time we have august visitors like you in this village. The last time you visited the village we didn’t meet but here you are again with a good news to us. Honestly, i don’t know how to thank you. Although we do have other challenges in this village such as road, the road we have need to be tired. Doing so will make life easy and conformable for our people. We also need a clinic close by to make it more accessible to us , our wives and children.

Due to lack of Primary health Care “PHC” our women find it difficult to go for antenatal but if the government will help build one for us here in Kabobo it will really change our lives. Your visit has really open our eyes to so many things like allowing our daughters to attend schools instead of given them out for marriage at young age.

In the entourage of the Chairperson are 10 other medical personnel including primary health, Nurses and a medical doctors and newsmen. 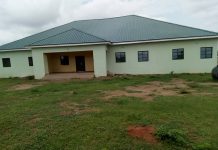 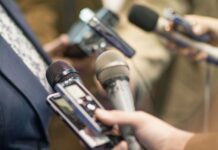 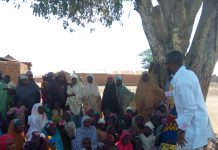