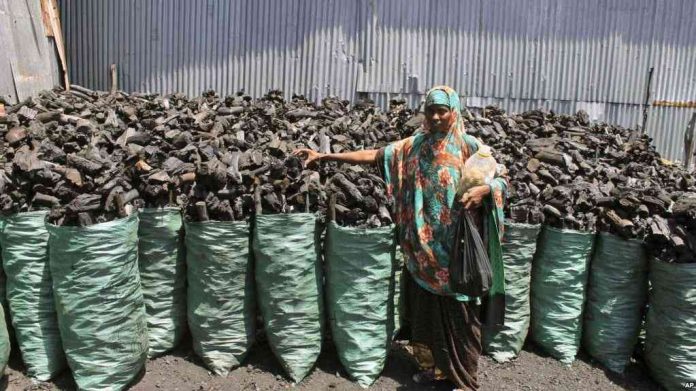 Every day, millions of Africans have to decide on the most suitable means of providing heat for domestic cooking. Wood and charcoal remain the most popular choice in Africa because they are locally available, easy to use and are by far the cheapest option when compared to electricity ,Kerosine and cooking gas
But the increasing demand of charcoal for domestic used is becoming a big threat to the existence of African forestry. Charcoal production has particularly risen in recent decades as demand has grown among urban populations and enterprises. Where demand is high, mainly in sub-Saharan Africa,

Indeed ,About 50 % of Africa’s ,one billion people currently live below the poverty line and many of these people can afford electricity, kerosene or cooking gas to prepare the food they need to survive.

Food and Agriculture Organization’s 2016 State of the Forests report revealed that 7 million hectares of forest are lost annually while agricultural land expands by 6 million. The biggest threat to forests today is industrial agriculture production of commodities like conflict palm oil,Fabric,papers and logging. Only 4 billion hectares of forest remain worldwide according to Global Forest Resources Assessment.
At least 90% of the inhabitants of drylands live in developing countries, where they also suffer from poor economic and social conditions. This situation is exacerbated by land degradation because of the reduction in productivity, the precariousness of living conditions and the difficulty of access to resources and opportunities.


A downward spiral is created in many underdeveloped countries by Overgrazing ,land over grazing and overdrafting of groundwater in many of the marginally productive world regions due to overpopulation ,pressures to exploit marginal drylands for farming.

When unfavourable agro-climatic conditions are combined with an absence of infrastructure and access to markets, as well as poorly adapted production techniques and an underfed and undereducated population, most such zones are excluded from development

Desertification often causes rural lands to become unable to support the same sized populations that previously lived there. This results in mass migrations out of rural areas and into urban areas, particularly in Africa.

These migrations into the cities often cause large numbers of unemployed people,
With two thirds of the African continent now classified as desert or drylands and desertification affecting a quarter of the world’s population, the breakthrough has the potential to transform the lives of vulnerable populations. In operation since 2004, the Acacia project has involved the planting and managing of Acacia forests in arid lands helping combat desertification while providing socio-economic benefits to local communities.

unsustainable wood harvesting and charcoal production contribute to forest degradation and deforestation and to greenhouse gas emissions along the charcoal value chain from inefficient technologies. Over the last decades, the charcoal revolution has threatened forest resources in Africa, especially West Africa with rich vegetation coming under threat due to biodiversity loss.

The charcoal sector, which is largely informal, has become the livelihood of over 40 million people, but a lack of regulation has promoted its inefficiency, loss of ecosystems, destruction of land resources and governments forgo billions of dollars in revenue.
Some of the solutions offers to this problems include replanting in the forestry
Replanting or tree planting utilizes almost the same aspect as community forestry. However, it entirely focuses of replanting, a feature commonly known as reforestation. Reforestation is the restoration or replanting of forests that have been reduced by fire or felling. It requires an ongoing process and should not be viewed as a onetime thing.
People, communities, governments, and organizations are all active actors. It involves selecting and dedicating large tracts of land mainly for the purpose of cultivating forests. For instance, in local communities and urban centers, it can be done around market areas, in game/wildlife reserves, or within city parks. Replanting, therefore, qualifies restorative measure of deforestation
Also, Deforestation can also be counteracted through awareness and sensitization. Sensitization and educative campaigns can be a simple but a more workable solution. Initiating awareness creation champagnes makes it easy for people to detect the causes, effects, and ways of counteracting deforestation. Personal experiences from adversely affected communities such as farmers can be used to emphasize the negative effects of deforestation.

Furthermore , Community forestry is whereby local communities together with their local government and other local organizations such as schools, corporate, and universities join hands to start localized tree planting programs and management of their local forests. On various occasions such as public holidays, opening ceremonies, environment days, or other periodic localized activities, concerned local citizens can create awareness and plant trees.
In conclusion, Cities and urban centers continue to grow day after day as more and more people claim their share of living in cities and the urban areas. Agricultural practices also continue to expand as farmers and consumer demands call for better productivity and quality food products respectively. As a result, the urban sprawl and agricultural expansion have kept on clearing forests to create more room for their respective activities. 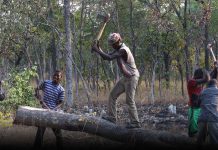 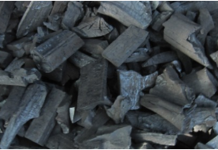 Climate change; DID you know that charcoal briquettes Emit the largest amount of air pollution during Burning