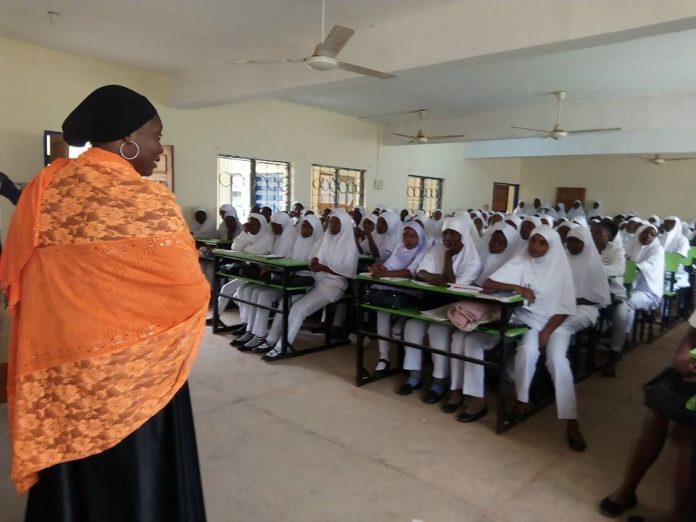 A Non-Governmental Organisation, African Climate Reporters, on Monday sought the partnership of midwives to educate pregnant mothers on the impact of climate change on pregnancies.

The Patron of the NGO, Dr. Yusuf Nadabo, said during a One-day Sensitization at Kaduna State School of Midwifery Tudun Wada, Kaduna, that the partnership was necessary to create the needed awareness on climate change,and to support the fight against Global warming,and other climatic factors
Nadabo said that climate change had changed the pattern of pathogens, vectors infectious diseases and the trend to which they are spread.

He also said that climate change has changed the breed of mosquitoes, making them resistance to repellent, causing a set back on the fight against malaria.

“Similalrly, out breaks of diseases and continuous cases of dehydration due to climate change had also led to hormonal imbalance, causing miscarriages and premature births.

Furthermore, Global warming is attributed to the release of carbon dioxide (CO2), greenhouse gases and other air pollutants into the environment, which would normally escape into space; these harmful gases are instead absorbed by the sunlight and solar radiation, which traps the heat that is causing the Earth to get hotter.

The major consequences associated with global warming include a rise in seal levels around the world, famine, crop failure, changes in the rainfall patterns, affects to plant and animal populations, as well as a number of serious health ailments.

While the exact risk associated with the impact of climate on public health cannot be fully quantified, the interaction between the human population and the specific infectious agent is dependent upon several factors including local environmental decline, food scarcity, poverty and crowding in affected areas

Also speaking, Dr Tabi Joda, Founder, Green Aid Foundation, also worn pregnant women against contact with plastics, stressing that the product was one of the major causes of miscarriages in women.

According to him, plastics contains toxins which creates hormonal imbalance, leading to miscarriage.
He called on the students to be well informed and enlightened on effects of climate change to ensure women give birth safely

In her own remark, Hajiya Maryam, Abubakar,the founder women for women organization in kaduna Nigeria says, we must join hand in creating more awareness to women in both rural area and urban centre
she said,Rural women are the worse hit by climate change in African due to lack of awareness hence the need for every one to join hands in taking the campaign to the villages

she concluded by saying, Climate change is real and is affecting every sector of human development