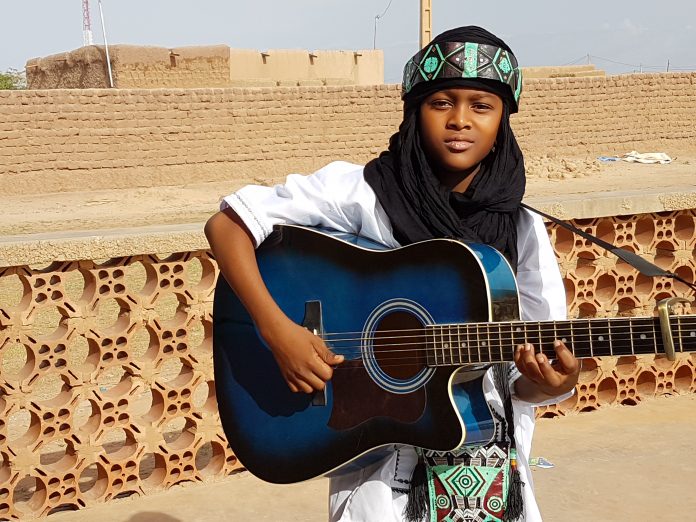 The essence of the First Street-show-Campaign in kaduna ,North-western Nigeria is to sensitize youth and little children’s from the Ghettos through Tuareg traditional songs on the importance of protecting the environment against all forms of threat related to Global warming , Desertification and how climate changes contribute to the emergences of newly diseases that is affecting Human,animals ,plants and even the Aquatics lives in africa.

In an interview with Usman mohammed Gashash , who is the team leader of the Band ”Tranquility peace lyrics” he pointed out that music is the most powerful tolls in educating Millions of youth about climate change,because they love listening and watching beautiful songs ,dance and their melodies through live concert or listening to music through their cell-phones at home.

Usman who is just 11 years old says, Music is the greatest creation of man, which touches the soul and also helps man to sympathetically manifest unspoken desire and humanity in him. The effect of music in man is what that separated him from other animals. And indeed due to the high effect of music in the life of human being, it is capable of breaking boundaries to unit people from different background and cultural heritage.

Taking action on climate change has been getting a wave of new celebrity endorsements lately, and it’s helping to rapidly capture people’s attention in new ways through Raps song ,Poem, musical concern ,and organizing traditional musical dance in the rural area,so as to rise more awareness among rural dwellers in Nigeria and some part of Africa on the need to support the fight global warming and environmental challenges

“music is the best way to educate children’s about climate change in Africa , and am hoping that in the near-by future to organize international Tuareg traditional musical concert ,which is going to address all challenges confronting our Sahara,Forestry and how every citizen can contribute his own quota in the daily battled against Climate change that is forcing rural to urban migration”

According to him, music can best be described as wonderful force that is capable of bonding people together and instituting international brotherhood, love as well as peace,also using music could be the best option to captured the heart of the young once and passed the message of climate change .

He says , due to the power of music in the heart and bone marrow of human being, it can draw millions of people from different parts of the world and uplift them emotionally, and using music can be one of the easiest ways to educate millions of Nigerian youth including the adult about climate change,its impact on agriculture,health,economic, ETC

“Musicians play a major role in making or destroying society according to the message they disseminate to the public through their songs. Many Climate song was sang across the globe with the aims of informing the general public on the danger of climate change in African countries,but as for me,am using my guiter to sing a song on climate change and how youth and little children in Africa can also support the fight against climate change in our societies”

Usman said , The role of local musician in the fight against climate change in the region cannot be overemphasized ,hence the need by Government and NGO with CSO to support them in organizing a big concert ,so as to rise more awareness about climate change

Additionally, he suggested some ways in which local artists across Africa should also contribute their own through the following 1-A written letter to each showbiz to youth organization with the aims of participating in the climate concert to promote the campaign,2 they should invite all the popular musicians,actors and Top celebrities to be participating in the show 3-. Their messages should also be recorded,and be release through electronic and net media about climate change to mass media,4-. Their message should be printed on public transport for the motivation of people,5- Singers should be requested to make a song on tree plantation, all media station both electronics,prints and on –line,should also support the artists in publishing their latest song about effect of bush burning,desertification,and global climate change

The patron African climate reporters doctor Yusuf Nadabo applaud the effort of the young boys for taking climate change campaign to the street ,to educate the young once through his music about climate change
Nadabo Noted that, this is a great challenge to all the Top musician and celebrities across African , to also support the teenager in organizing a big international music concert about climate change ,
He concluded by saying that, there is the need to sensitize rural dwellers on the effect of bush burning, cutting down of young tress

charcoal business in Africa is on the increase ,and the demand for firewood for cooking is also a threat to the entire forestry of Africa, hence the need for renewable energy 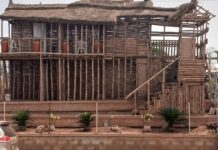