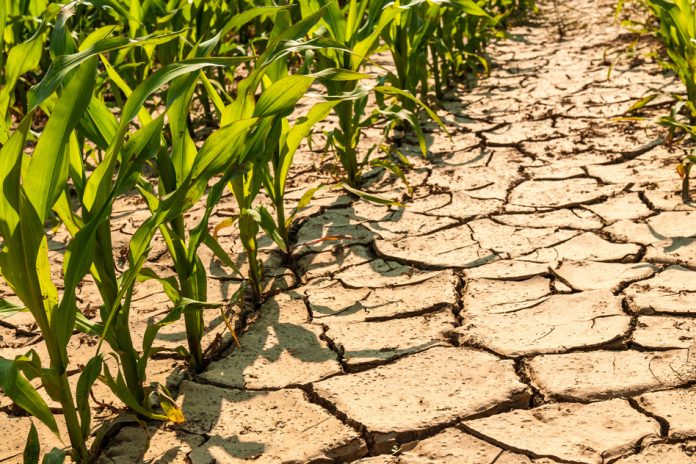 To be franks ,Climate change is perhaps the most serious environmental threat to the fight against hunger, malnutrition, disease and poverty in Africa, mainly through its impact on agricultural productivity and Human survival in the continent.

It is Dry season,but yet there are still many plants that are still battling for survival in Dry stream, Rivers  and pond ,

Climate change will intensify the already adverse conditions of crop production in the drylands. Considering the socio-economic and political contexts of climate change in sub-Saharan Africa, a central argument is that adaptations to climate change need to be resilient, that is, to have the ability to deal with stresses and disturbances as a result of change, while retaining the same basic structure and ways of functioning, the capacity for self-organisation, and the capacity to learn and adapt to change.

It is a clear fact that not all crops or plants can survived the heat on the dry land without water,but indeed there are many plants and crops that are resistance to dry seasons

Agricultural land turning dry is a serious challenges to the environment and also for the fight against Desertification ,deforestation and the battled against climate change in Arica

Believe me or not,Climate change is not just about global warming – it also includes significant seasonal shifts in weather patterns, changes in rainfall and subsequent water availability, increased incidence of extreme natural events such as storms, flood and droughts, and changes in atmospheric gas composition. Such fluctuations are having a dramatic impact on the planet; shrinking the size of glaciers, causing rising sea levels, shifts in plant and animal ranges and patterns, and reducing biodiversity.

Climate change is one of the most serious environmental threats facing mankind worldwide. It affects agriculture in several ways, including its direct impact on food production. Climate change, which is attributable to the natural climate cycle and human activities, has adversely affected agricultural productivity in Africa

A major task of our time is to ensure adequate food supplies for the world’s current population (now nearing 7 billion) in a sustainable way while protecting the vital functions and biological diversity of the global environment. The task of providing for a growing population is likely to be even more difficult in view of actual and potential changes in climatic conditions due to global warming, and as the population continues to grow

The impacts on agriculture will come through increased CO2 effects on plant growth, warmer and drier conditions, changes in wind speed, insect and disease pressures, and many more subtle changes resulting from altered interactions among components of crop agro-ecosystems. Predictions are for net increases in world food production as temperature increases become larger.

The question I always asked, How effective adaptation practices in response to climate change are is a crucial question confronting farmers across the world?

Are African head of states really ready to support the local farmers with news innovation and technics to improved on their farming ?