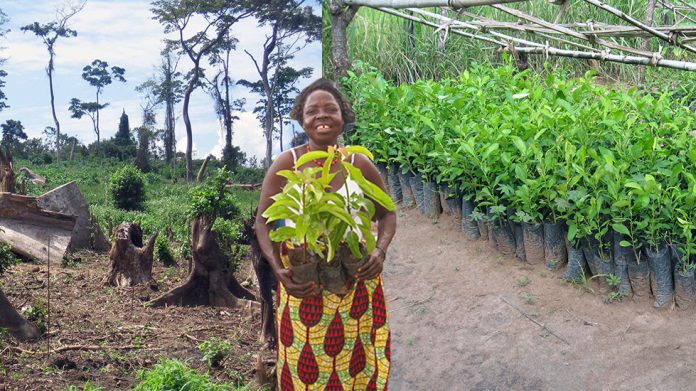 There are so many ways in which the African women”Housewies:” can play an active role in the daily fight against all forms of  weather threat that include deforestation, Climate change, ,desertification and world Global warming;

In many cases, women are more Vulnerable  to the negative effects of climate change because of their lower social status in most countries. Many impoverished women, especially those in the developing world, are farmers and depend on the natural environment for subsistence and income.

The following are some of the ways, Housewives can support Government and Non-governmental organization in the fight climate change and desertification in Africa

The women involved in this activity have played strong role in adopting low-carbon technologies, spreading knowledge about climate change, and urging government and businesses to take action.

Climate change does not affect everyone equally. Poor and disadvantaged groups of people often suffer the most, and women in particular are vulnerable and struggle to adapt. In rural and developing countries like Nigeria and Niger republic , where communities rely heavily on natural resources for food, energy, and income, climate change has a tremendous impact on the daily risks women face.

More often than not, the roles women play greatly differ from those of their male peers; they usually manage the use and supply of most household food and energy, and as such are in a distinctly advantageous position to make alternative energy policy decisions and can offer a complimentary set of solutions to address climate change.

Giving women this active role allowed them to address issues that the programs had not even considered previously“Women are seeing the impacts on their communities, on their families, on their children in very direct ways.”

How Climate change is impacting on maize crops production in Africa