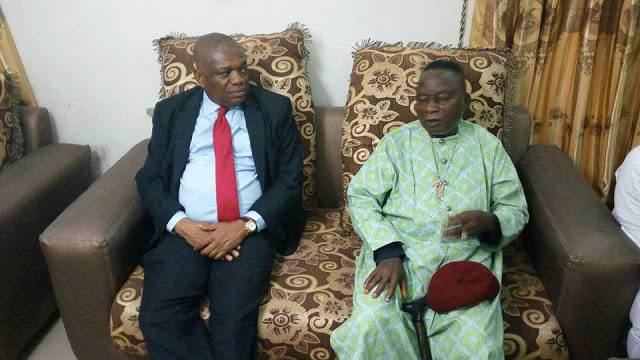 The Igbo should strive towards producing a president in the Federal Republic of Nigeria instead of agitating for the sovereign state of Biafra. I was the governor (of Abia State) for eight years and the issue of Biafra came up then. It even became a serious issue at a time that I decided to lead (Ralph) Uwazurike to see (former) President (Olusegun) Obasanjo but the former president refused to receive him. I was then surprised that the same Obasanjo was advising President Muhammadu Buhari to dialogue with (Nnamdi) Kanu. That sounds very funny to my ears and I don’t believe that such statement could come from the respected elder statesman who once told me at the Villa that he will never engage in a dialogue with somebody who wanted Nigeria to break up. There are so many federal roads in the eastern part of the country that are in serious dilapidated conditions but President Buhari has been fixing some of them now. If the immediate past government led by my brother and friend, Dr. Goodluck Jonathan, had paid a little attention to the terrible infrastructure decay in the South-East and South-South geopolitical zones, there won’t be any form of agitation in the first instance. Some of these people involved in the Biafran agitation are doing so out of frustration. Climate change had really dealt with most communities in the South-East leading to flooding and massive erosion. So, the Igbo should produce a leader that will fix the economic and infrastructural challenges affecting not only the Igbo but the entire Nigeria.

The Daily Excavation of natural resources contribute to Desertification, deforestation...

How Climatic factors became the root causes of Farmers...